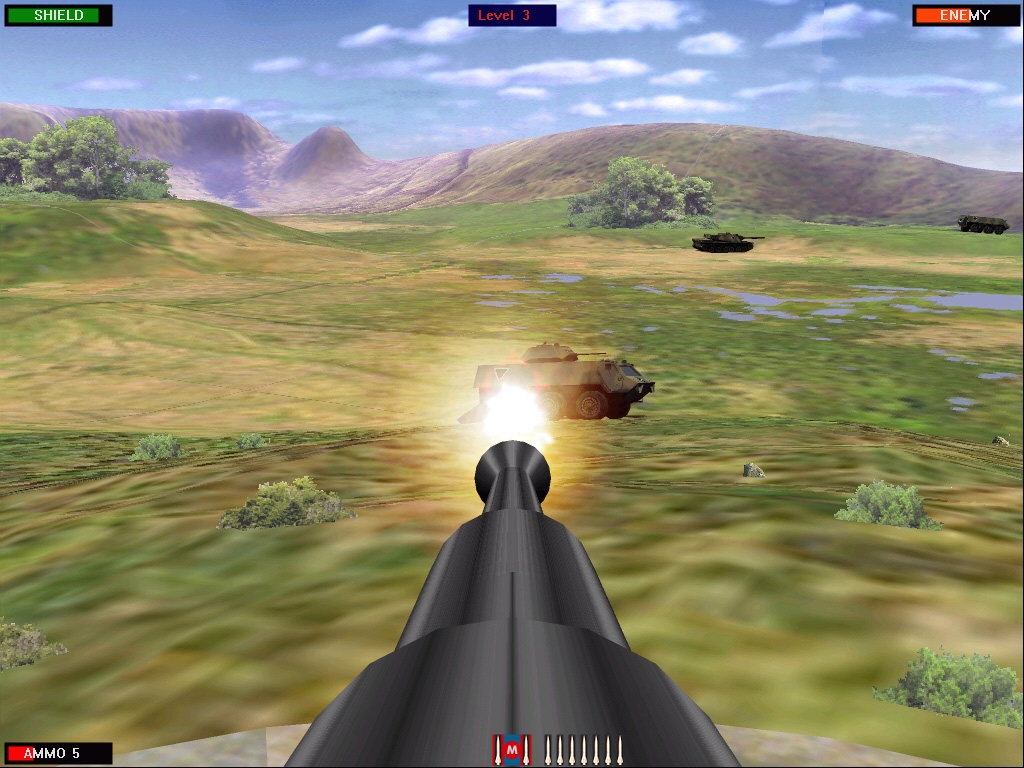 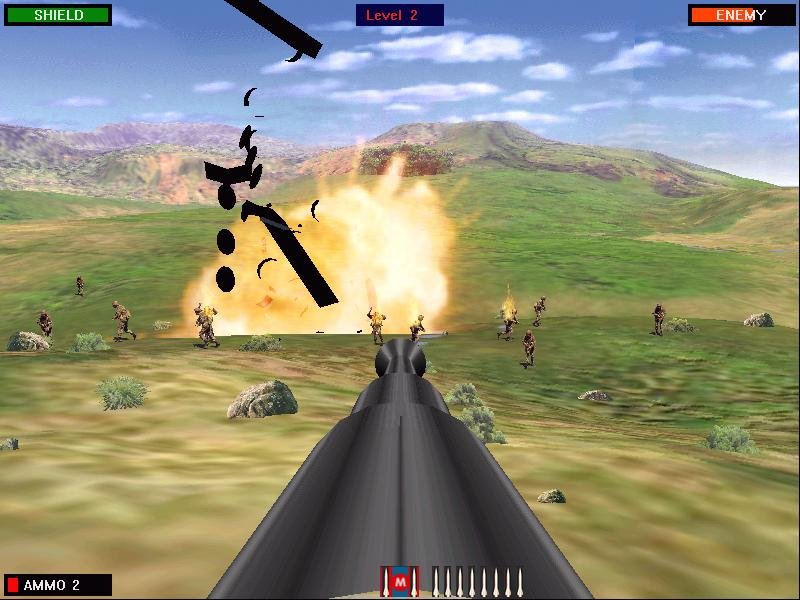 When you first play Beach Head 2000 and you find out it started life out as an arcade game it makes a whole lot of sense. This is a game that is not made to make you think, it is a game that was made with making people keep pimping in quarters to an arcade machine. That has been the arcade formula for years so it is hard to be down on the game for that. However, did they make enough changes to make the home conversion worth your time?

The goal of the game is pretty simple. You are in a bunker and you are the last line of defense against invading forces on the beach. It is a very simple premise and one that is perfect for an arcade game. The premise is so solid that the sequel is the exact same thing! There is no ending or anything like that or any kind of story, you are a one-man army and that is that.

The arcade machine of Beach Head 2000 uses a trackball. Here you use your mouse and it works very well in simulating a trackball so I give them credit for that. The game has you stuck in one spot and while you can look around you cannot actually move. You move the mouse around the screen and shoot soldiers, tanks, choppers, and anything else that is coming your way. It starts off rather slow, but it eventually ramps up and you will die at some point.

Shooting down enemies is very satisfying. The game on each stage has you needing to survive so many waves of enemies. You just keep on going until you eventually die. It is all about getting as far as you can and getting the highest score possible. As an old school arcade fan, I kind of dig this. However, for this home version I feel that they could have added an actual campaign or at the very least some kind of ending so that you have something to progress to.

You get a fun selection of weapons at the start of each wave and it is up to you how you use them. You can shoot these crate-like things to get health and ammo so you have to make sure that you keep your eyes open for them. The game can be quite exciting in short blurts and it is ideal if you want something quick to get into.

I think that Beach Head 2000 is a fun arcade-style shooter. Yes, I will admit that the fun this game is offering is very, very shallow. However, sometimes you just want to shoot stuff and see it blow up and this game offers that. It is not the kind of game that you will play for hours on end. However, to me, this is the kind of game you can fire up once and a while to blow off some steam or even a bit of a “pallet cleanser” between other games.