After you have succesfully removed the receiver it is time to re-install the updated receiver of Citrix Workspace app. In order to do so we wrote this procedure for you convenience. Follow the instructions and everythig should work fine again. If you need assistance, please contact support.

The Clean-Up Utility creates a backup of all the Citrix registry keys in the file reverlogsregbackup.reg before it rus.

The Citrix developers have – finally – released a tool that can help many admins with deploying the Citrix Client in their environment.

The Citrix Receiver CleanUp Utility should remove traces from all previous versions of the Receiver and also older versions called Citrix Online Plugin.

See here a full Download List of all Citrix Clients versions
There was a serious need for this tool since a lot of issues have been found when installing Citrix Receiver, when older versions or traces of it are still installed.
I have received more than 10.000 (!) hits on this article so far, so it is safe to state that the majority of Citrix admins and users were and are struggling with the installation/configuration/uninstallation of the latest Citrix clients (Receiver).

Issues encountered when traces traces from older versions are found:

The following issues have been encountered:

Unfortunately it does not uninstall all existing Citrix Clients on a pc, it merely cleans up registry keys and files. There is an option to backup the keys and files, and to run things silently.

So the administrators still need to write scripts to launch the uninstall application, which is since then last years the executable, which sounds like a virus, TrolleyExpress.exe.
Depending on the version and 32 or 64-bit the TrolleyExpress.exe is found in a different location.

A real pity because there is a great need of a tool that does the uninstallation silently, and without reboot. We hope Citrix is working on that…

Since Citrix doesn’t have a tool somebody else wrote one already some time ago: A great free tool to help uninstall ALL previous versions is UNICA from Gourami: http://www.gourami.eu/products/unica.html

With a simple command line it is possible to uninstall and install your client. “UNICA searches the uninstall information of a workstation for every product which was released by Citrix and uninstalls it. UNICA waits till everything is finished uninstalling, and then launches the installation command line for deploying the new client.“

A downside of the tool is the following: “Because UNICA uninstalls every product that is released by Citrix, it also uninstalls the presentation server console“. Aparantly Citrix GoToMeeting is not uninstalled (at least the version I had) but that probably doesn’t count for other Citrix apps.

Note it does not run on servers, just in case somebody accidentally runs it on a Citrix server, your Citrix XenApp is not uninstalled from your server.
I found it very useful, and a time saver.

A note that might disappoint some readers: Windows XP nor Vista are NOT supported. I tested and nothing happens when running on vista.

Citrix is continously updating and improving the tool, so do check if there is a new version.
The latest versions have received the following updates:

So what does the Receiver Cleanup exactly?

The utility deletes the following files and directories if they are available:

The Receiver folder for all user profiles except for the currently logged in user will be deleted.

The utility deletes the following registry values and keys if they exist: 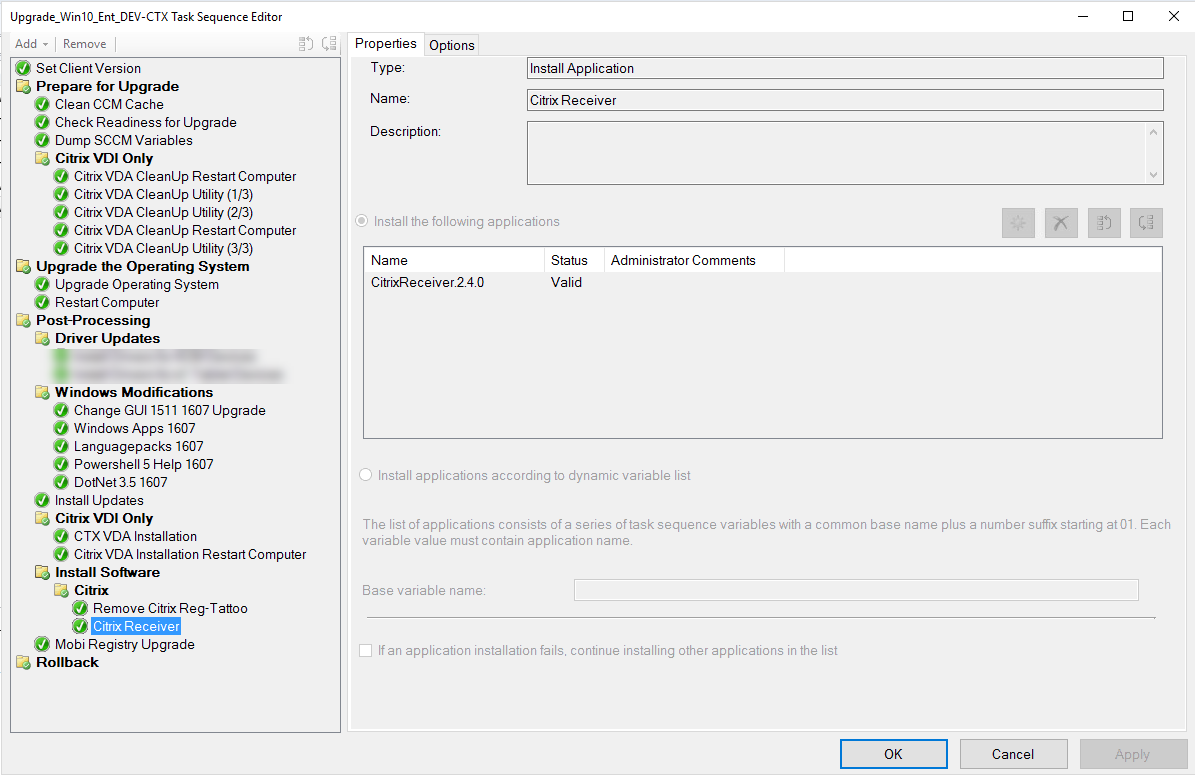 The following registry keys are modified by the utility to remove PnSson provider from the Provider Order value:

The following entries in the HKEY_USERS registry for each user on the machine will be removed:

I have problems with cached Receiver files/directories/icons. How do I clean them up or reset the receiver settings?

The newer versions of Receiver have the option to RESET RECEIVER settings. Very nicely hidden in About Citrix receiver > Reset Citrix Receiver

Basically the executuable cleanup.exe will run, and removes the settings from the current store you had configured.

C:Program Files (x86)CitrixSelfServicePluginCleanUp.exe –cleanUser
Note: ‘U’ must be capitalized in the parameter

Resetting Receiver does not impact the following items: