since avatar of fire (aof) is added in poe passive skill tree, there are not many good builds about the keystone. it is too malicious for most players that aof converts their physical, cold and lightning damages to fire damage, which limits the scope of application of aof. i’m happy to share my idea about aof with you.

aof convert 50% of physical, lightning and cold damage to fire and makes classes just output fire damage. many of players found that their other damage reduces 50% but the fire damage just adds a little after they chosen the keystone. Battlevoid harbinger cheats. in other word, a part of precious dps loses in the progress of conversion.

i ever came cross such question for my melee character. after my several test, i found that infernal blow (ib) is a perfect skill to fit aof. aof with ib can convert 100% of physical damage into fire damage. either the pass purpose or now purpose is to let my melee character have high damage and get elemental and physical bonus in fights.

the physical damage can add 3.5 times while hastred is open. for a item with 6l, there are two sockets to remain. even if i add an support gem, dps is not increased a lot any more. 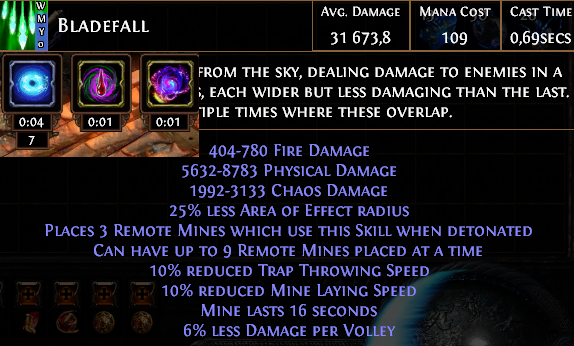 every support gem can increase 50% ~ 60% of damage for the character. if the dps remains 15000 at the late period, aof can greatly increase 33000 damage.
aof has several shortcomings. the first shortcoming is that the value of hastred is low. generally, hastred is capable of boosting 25% of physical damage. with aof, hastred just adds 14% damage. the second is about ib. ib with aoe has high dps. using ib, the character has to close to and slay monsters, so there is need to have high life and armour. in addition, pure fire damage can not restore mana and life. therefore, equipment has to have the ability to restore life and mana.