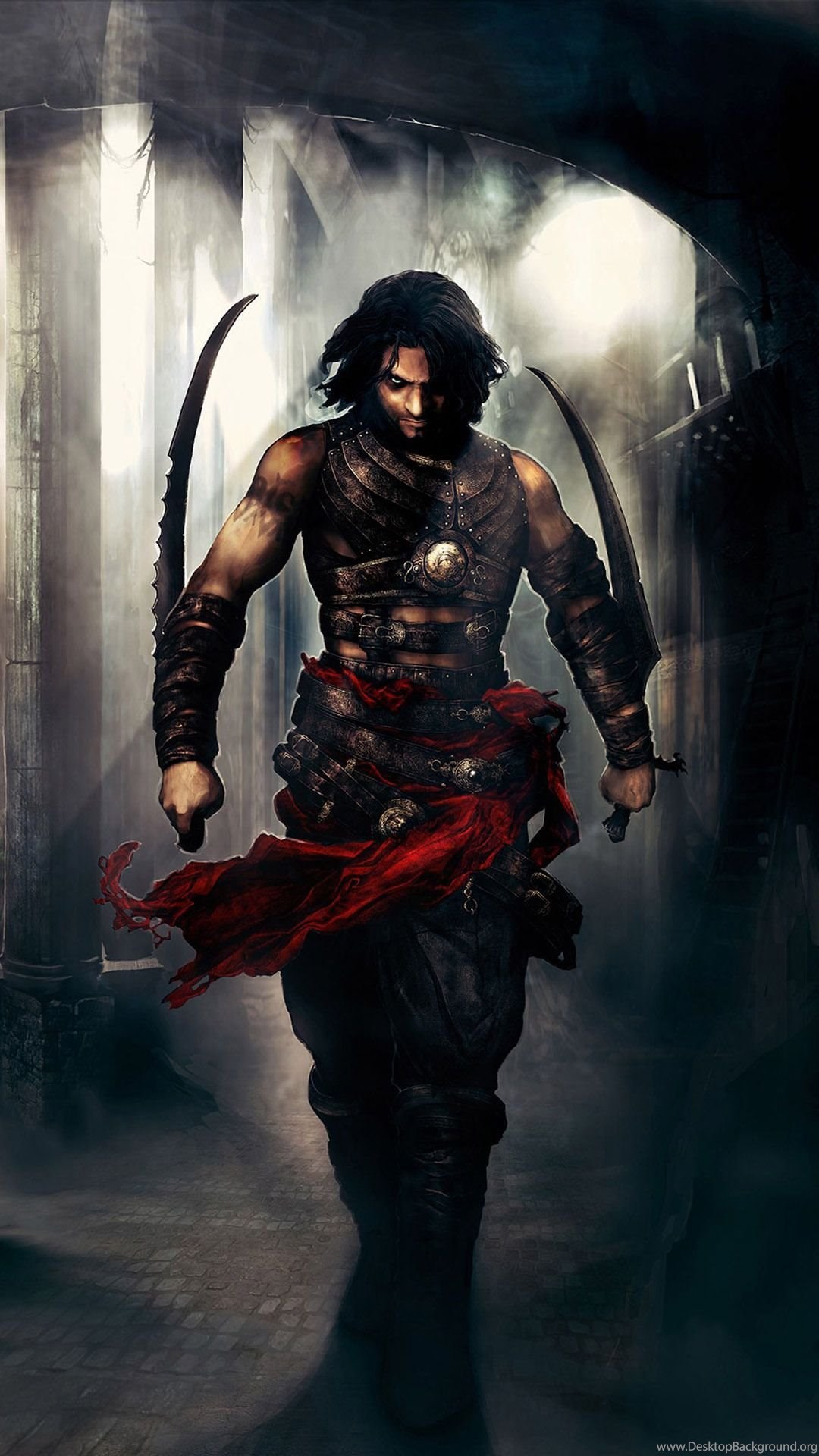 THERE IS NO perfect Prince Of Persia game. But if all three could be melted, mixed together and served bubbling hot to gamers of high taste, the resulting fondue would be the template for the best third-person action-adventure ever. The story, setting and dialogue of The Sands Of Time rubbing shoulders with the intensity and action of Warrior Within and the stylish licks of The Two Thrones: a rare glimpse of perfection. Unfortunately though, this (well priced) compilation is the closest you'll get - and any idealist melding of the triptych will have to happen in the confines of your head.

I'm not saying any of these games are bad - my outspoken love of the series has reached worrying levels on many occasions - but only a fool would claim that each game doesn't have its own share of brickbats and bouquets. 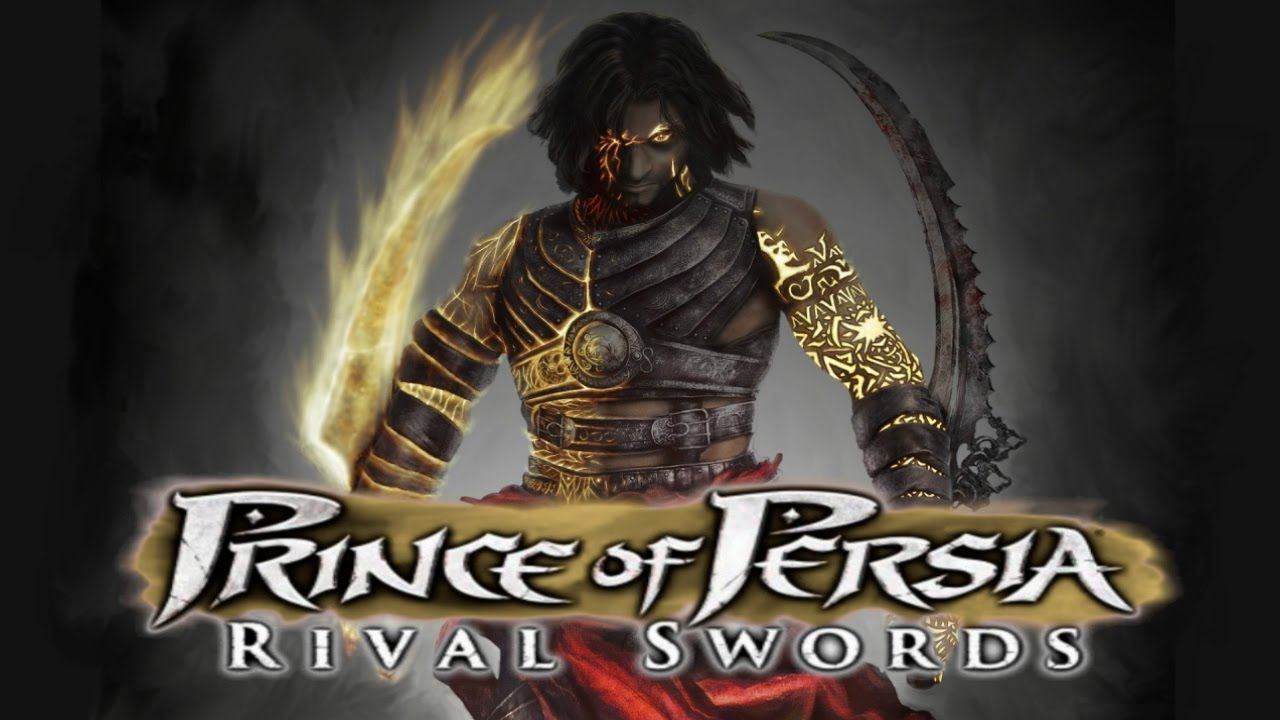 For example, they say you can never go back, and with The Sands Of Time it's true. Since its release, whenever it's come up in conversation I've banged my fist on the table and declared my undying allegiance. I adore its structure, its characters, its clever dialogue, its wonderfully witty ending, that bit where it all goes dreamy and Farah is giggling and naked in a hot-tub - all of it. Apart from the combat - which unfortunately is where the 'never going back' bit comes in.

As each iteration of Nu-POP has emerged, improved combat and evermore involving puzzles have increased alongside the Prince's testosterone levels. It's an obvious thing to say, perhaps, but when all three games are laid alongside each other in a (cost-effective) triple-pack such as this, then one of my favourite games of all time starts feeling remarkably dated.

There are probably just as many rolling spiky log traps in Two Thrones as there are in The Sands Of Time, but by the time the third entry in the series rolled around, it just feels like the developers had picked up a few more tricks and situations to use them in. Likewise, having sliced a zombie in two in Warrior Within, it's hard to go back to the constant 'stand-next-to-wall' and 'do-spinny-attack-from-wair battle tactic of the Prince's first outing.

You see, by the time we hit 2004's Warrior Within, much of the essential goodness of our previously much-loved Prince had been stripped - along with the now bare bottoms of the various sexy goth chicks that he has to battle while presumably struggling with a fledgling erection. All of a sudden it's 'You bitch!' and big-breasted vampires making sex noises as they bite your strapping neck to the loud rawk of Godsmack - not the Prince we fell in love with the first time round at all. He remains, however, a Prince with a much more dynamic and exhilarating fighting system and a far more exciting tang to his every move.

We continue on into The Two Thrones -an excellent game that covers a few bases in mixing the distinctive individual charms of its forbears, but loses a few marks in my book with its silly stealth kills, needless chariot racing and over-fed bosses. While certainly the most all-inclusive POP package of them all, it just isn't that ultimate POP game I've been praying for all these years - it's good, but gets no slow-motion time-twirling cigar.

I'm a picky one - I've just ground one of my favourite game series into fine powder and seem not to care a whit. But I do, I really do - the fact that I can pick apart these three games to such a degree and still hold a gigantic roman candle for them being perhaps the greatest triumph of all. What other third-person action series has garnered such emotional engagement? What else has made gamers gnash their teeth with its shifting directions and whine about the way they've changed stuff? The reinvention of Prince Of Persia has proved a great success, and the fact I complain about its minutiae to such an extent while disregarding such matters in your Tomb Raiders or your BloodRaynes is a resounding testament to that fact.

Should you buy this? Of course -but play through them in order, shut your eyes during the boob-ridden bits of Warrior Within and when Farah returns in The Two Thrones, do an impromptu jig around your desk. I know I did.