TalkTalk says WalkWalk if you've got a mouldy Tiscali email address, or pay £50 a year to keep it. TalkTalk will start charging £50 a year for its legacy email accounts unless you sign up as a broadband customer of the breach-scarred telco. Problems routing mail to lineone.net. Have a few e-mails in the outbound queue, and have used www.dnsstuff.com to diagnose the issues with all of them but one (extremely useful site, btw). The one that's still causing problems is sending to an e-mail address at the 'lineone.net' domain. Hornet for mac. The response from the server doesn't seem to indicate what the problem is (i.e. Doesn't say '550 MAILBOX NOT FOUND' or similar). It should not be possible to confuse @tiscali.co.uk with @lineone.net but it is happening; the IMAP mail servers for both accounts are imap.tiscali.co.uk incoming and smtp.tiscali.co.uk outgoing, so the only difference between the accounts is the part after @ in the two email addresses. TalkTalk whose mail servers carry these email accounts were unable to help as this appears to be specifically an Outlook 2016 issue.

Hundreds of TalkTalk customers have been locked out of their email accounts after the network took steps to deactivate legacy addresses.

Customers took to the company's forum to complain their accounts had been deactivated, seemingly without warning.

The company appears to have only targeted Tiscali and Lineone email addresses. Lineone was acquired by Tiscali in 2009, which in turn was bought by TalkTalk in 2009.

In the forum, one customer wrote: 'Interestingly, I have been swapping emails with Sir Charles Dunstone (or possibly one of his minions?) about the email problems and he has highlighted the problem of spam being sent from disused tiscali accounts. He writes that they have 1700 passwords to change.'

Another customer got in touch to say: 'The worse thing is that TalkTalk is keeping quiet about this. No service status messages or anything like that.'

'And it seems that if you're unlucky enough to be affected, you have to contact TalkTalk yourself to get it sorted out, no doubt using their premium rate phone line. TalkTalk doesn't seem to be doing anything proactively about this.'

'It's astonishing that TalkTalk deactivated so many email accounts knowing full well the disruption it would cause; it obviously didn't care.' 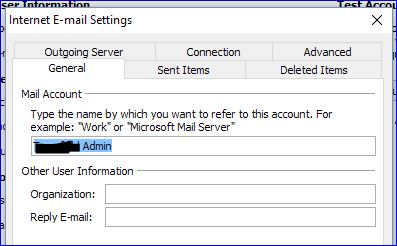 A spokesbeing from TalkTalk said: 'We’re restricting access to a small number of email accounts which we have identified may have been used to send spam, and customers can still access these accounts by resetting their passwords.' ®

LineOne was an Internet Service Provider in the United Kingdom in the 1990s. LineOne was a joint venture of News International, United News & Media and British Telecom. It then became the UK branch of Tiscali, which is now TalkTalk.

As of October 2017, the 'lineone.net' domain is still active for email (username@lineone.net) and website hosting (website.lineone.net/~username). More recently (October 2019), TalkTalk has notified LineOne customers that from December 10, 2019, unless they pay £5 per month or £50 per year or sign up to the TalkTalk broadband service, they will lose most Talk Talk features, will only have access to their mails through webmail and will start closing down free e-mail accounts.

Before LineOne was launched in 1997 as a joint venture between News International and British Telecom, it was known as Springboard Internet Services and previously to that Delphi. This is not to be confused with, although it's related to, the company known as Delphi in the United States which had been purchased by News Corporation shortly before, and then sold on, and whose embryonic UK offerings were overseen by News International. Andrew Burke was the founding CEO and had previously run News International's Internet Publishing division responsible for putting The Times, Sunday Times, The Sun, News of the World and Today onto the web as well as Delphi in the UK.

The official LineOne launch coincided with the publication of the 1997 Sunday Times 'Rich List'. The set up software was given away free with each copy of that weekend's Sunday Times. At this time the Helpdesk was run by BT from their office in Colindale, North London.

LineOne offered customers 0845 (Local Rate) access to the Internet (which required a monthly subscription) as well as offering e-mail and web hosting services, which were included in the subscription fee.

Freeserve launched in 1998, and was the first major ISP to offer a subscription free dialup service that only charged the standard per minute local call rate for access. LineOne was forced to follow suit with the same service to stem the flow of dialup customers and pressured BT into providing the infrastructure, which it did so and at considerable expense to LineOne.

In March 1999, News International sold its shares in LineOne as it was concentrating on its own internet services, making British Telecom and United News & Media each 50% owners of LineOne. LineOne moved its offices to Blackfriar's Bridge from the offices they once occupied next to News International's printworks in Wapping. Ajay Chowdhury from United News & Media took over as CEO of LineOne and together with a new team including Mary Turner from AOL and Andy Harwood built LineOne into one of the largest ISP's and most trafficked portals in the UK. Chowdhury left in 2000 to set up NBC Internet Europe and Mary Turner was appointed the General Manager of LineOne.[1]

LineOne was then put up for sale after it became obvious that everyone involved was not going to make the hundreds of millions of pounds that LineOne was originally valued at in the middle of the dot-com bubble and it was bought by Italian telecommunications giant Tiscali on 26 April 2001 for GBP £62,000,000 (EUR €100,000,000).[2] 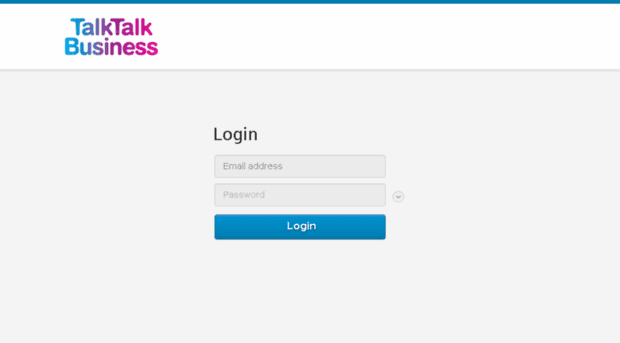 It was rumoured that before this sale, another large telecommunications giant had offered three to four times as much a year earlier and that by holding out for more money, the LineOne management missed the boat.

At the time of acquisition, LineOne had 1.85 million subscribers, though the number of active users was probably around the 800,000 mark at the time.

In June 2009, The UK operations of Tiscali were sold to TalkTalk Group, part of The Carphone Warehouse plc. The LineOne point of presence continues to be served by this company.[3] The acquisition was completed on 6 July 2009.[4]