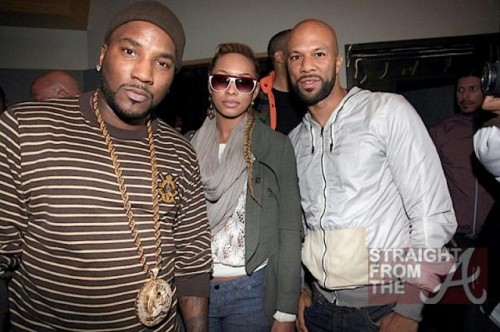 Young Jeezy got his well-deserved place on the rap stage

At the very beginning of a new century the hip-hop and rap stage welcomed its new member - Young Jeezy. Initially he was releasing his albums on the independent label, and the musician’s debut long play saw the light back in 2001. That creation found its listeners in practically no time and they got another album two years later. It is no wonder that the musician was noticed by representatives of major record companies, so pretty soon Young Jeezy signed his very first contract. Probably that was the defining moment in Young Jeezy’s career, because the official release of the long play titled Let's Get It: Thug Motivation 101 took place in 2005, and that was the studio work, which let the musician reach the new level. Within this album he spoke about drugs and about total rejection of that thing, and also about his life in general. Rhymed stories, told with the accompaniment of a powerful beat were really enjoyed be listeners, who were looking for the continuation. Well, the rapper did not make his fans wait for a long time: in just a year he presented the second studio attempt, which was titled The Inspiration: Thug Motivation 102. The alike title was chosen for a good reason, as soon as that record was a kind of a development of the first album’s ideas. In the year 2008 the musician surprised his fans greatly by issuing a highly political album The Recession, where he discovered what was going on in the USA and about his attitude towards the situation in the country in general. By 2011 the rapper prepared the fourth long play, which is about to become a logical continuation of his first two records. Thereby the album got a title Thug Motivation 103: Hustlerz Ambition.

Young Jeezy had already experimented with themes of his compositions and entire albums. Those listeners, who got acquainted with the creativity of that performer really well know that he is perfectly capable of sharing his point of view explicitly, and that includes all kinds of questions and issues. However the musical part still remains pretty much unchanged: it is still the same powerful and mid-tempo beat, flavored with the great amount of bass. The new album’s opening act is a song Waiting, which is actually a good model of hip-hop track. It has got everything, what the music lovers enjoy in hip-hop – the rich, thick sound, high-quality arrangement and interesting text that is given in an extremely expressive way. This theme is continued by a song What I Do (Just Like That), featuring high-pitched keyboards – one of the most favorite devices of many gangsta-rapers. TM:103 Hustlerz Ambition is especially notable due to the fact that many masters of rap took part in its creation. Thus, Ne-Yo helped to record a song Leave You Alone that turned out to be a bit lyrical, Jay-Z and Andre 3000 participated in a bright song I Do. There is no doubt that it will be remembered thanks to its fancy melody. Of course that long play could not be called finished without Lil Wayne and Snoop Dogg’s participation.

Young Jeezy has been performing on stage for a while, so that is why he knows perfectly what kind of sound he wants to get and what must be done in order to let the listeners feel the beat. Nobody questions Young Jeezy’s intuition and knowledge of hip-hop, however for the artist it is not a reason to be at a stop. Arrangements become better with every year: they turn into something more interesting, fascinating and better worked-out. At the same time the rapper somehow manages to create within the borders of hip-hop, which has already become a some sort of a standard. That means that the musician is not creating some revolutionary traits and features. Actually, does he need it, after all? Young Jeezy feels fine in his favorite style, so why should he try to change anything? Supported by his colleagues of the industry, the rapper recorded another amazing album in the best traditions of a genre. It has got everything that fans of that musical direction like. And who knows, maybe one day Young Jeezy’s albums will be considered as rap classics?