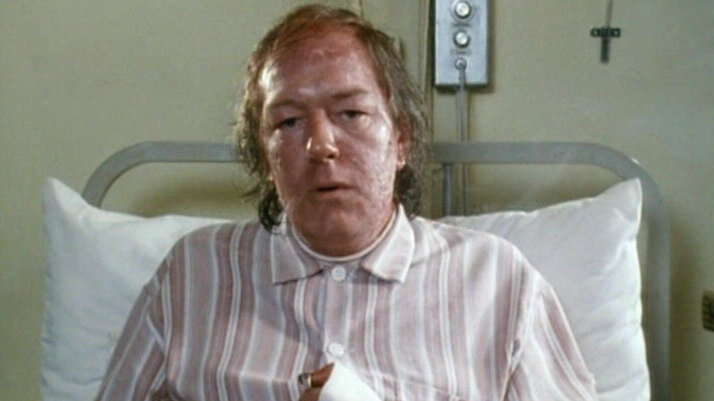 In The Singing Detective, Philip E. Marlow (Michael Gambon), a writer of cheap detective fiction is in hospital with a terrible skin condition, drifting in and out of consciousness Marlow imagines he is the hero of one of his novels and also remembers his childhood in the Forest of Dean.

Summary: Philip Marlow is in the hospital with bad very bad case of the skin disease psoriasis. While there, he is tormented with hallucinations about his past and future. As a distraction, he mentally recasts an old mystery, with himself as its hero - The Singing Detective. In this episode, an agent named Mark Binney visits a sleazy nightclub.

One of the most important BBC drama products of the 1980’s and certainly one of Dennis Potter’s best, taking many elements from his previous works – the Forest of Dean, the cast breaking into songs of the 30’s and 40’s, the preoccupations with sex etc.

Michael Gambon is superb as crime writer Philip Marlow languishing in his hospital bed with a dreadful case of psoriasis but falling back into memories of his childhood in the forest of Dean and lapsing into pages of his book The Singing Detective – a noir thriller set in the 1940’s.

Most of the cast appear in all three segments, of course this can make for a confusing narrative but it all comes together beautifully in the end; Potter’s habit of allowing the cast to break into song is a classic touch, he’d tried it before of course most notably with the play Moonlight on the Highway and the classic series Pennies From Heaven.

Potter came under Heavy fire from the tabloids in the UK for much of his later work, unfairly so, Blackeyes was a little self indulgent for sure but The Singing Detective is a recognised classic and a powerful piece of work. If you are not familiar with Potter’s work then the Singing Detective is the ideal primer, fusing as it does so many elements of his work.

The serial was made into a poorly received movie in 1993 with Robert Downey Jr and Mel Gibson. 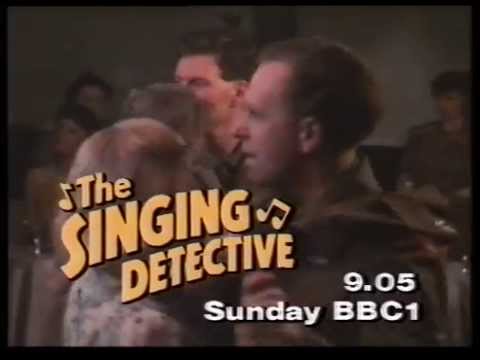 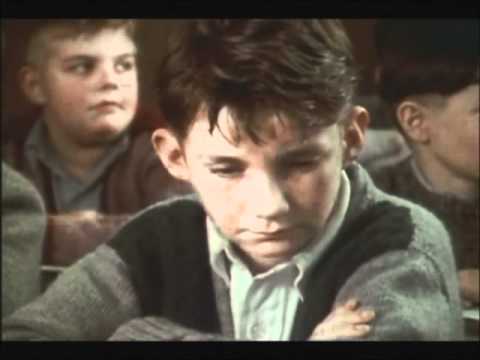